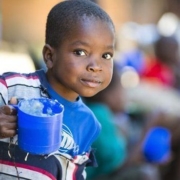 In regard to service, Jeffrey R. Holland stated it is “the finest exercise for the heart ever prescribed.”

A genuine act of kindness or a simple gesture of goodwill, always goes a long way to soften the heart of another person.  When did you last look for an opportunity to render some caring service to someone either at home, in the workplace or in your own community?

A few years ago, a friend suggested that I read “The shed that fed a million children.”

I found the book inspiring.  It reminded me that if we so choose, each of us can make a difference.  A few months later, I was fortunate to sit with Magnus MacFalane-Barrow, the founder and CEO of Mary’s Meals, at an Awards Dinner in Glasgow.  When the Bosnian conflict was making headlines in the early 1990s, Magnus and his brother Fergus were moved to help. What neither of them expected was that a one-time road trip in a beaten-up Land Rover would become Magnus’s life work – leading him to leave his job, sell his house, and re-focus his life to feeding the world’s poorest children, from the shed in his father’s garden in Argyll.

He was named one of 2010’s ‘Top 10 Heroes’ by broadcaster CNN and received an OBE in the 2011 New Year’s Honours list. In addition he was on the 2015 TIME100 list of the world’s most influential people. He is the founder and CEO of the charity Mary’s Meals, which sets up school feeding programmes in some of the world’s poorest countries, and has received numerous awards for. He has also been awarded Honorary Degrees by the University of Stirling, Glasgow Caledonian University and the University of Hull.  – for more information see https://www.marysmeals.org.uk/

In the last few years, I have been fortunate to coach a few members of the leadership team at Mary’s Meals.  What inspires me is their love, compassion and gritty determination to make a difference and help children all over the world.  Each time I visit, an indelible impression of  doing good is etched into my heart and mind. Their example of rendering service reminds me of the New Testament scripture in 1 Corinthians “Charity Never Faileth” 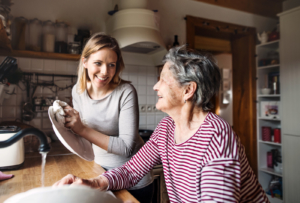 In the relentless fever and complexity of our modern day living and chasing the next big thing, my invitation today is a simple one – slow down a little, consider what matters most and don’t miss out on the simple things in life.   If this is you, it’s time to put a stop to it and make the goal less about being better than, or greater than, or richer than.  Notice the little things, at home, in your workplace and in the community.  Reflect up on them. Choose to do something and make a difference. Consider an act of kindness, service, charitable giving or simply doing good.  I can promise, that feelings will swell within your heart, it will increase your sense of belonging and provide a sense of purpose and meaning.