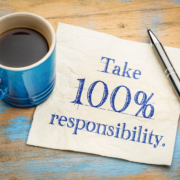 “In 1983 a few partners and I started a new ­company that taught time-management seminars and created and sold day planners. 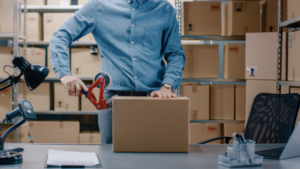 For corporate seminars, we sent our consultants to the client’s headquarters, where they taught at the corporate training facilities. Prior to the seminar, two employees in our distribution centre would prepare and ship several boxes of training materials, such as the day planners, binders, and forms. Also included was a participant’s seminar guidebook of around a hundred pages with quotes, fill-in-the blanks, graphs, and illustrations.

The two distribution centre employees would normally send the seminar shipment ten days before the seminar. At the time that the following incident occurred, we were teaching around 250 seminars each month. With so many seminar shipments, these two employees would often commit errors, such as not shipping sufficient quantities or omitting certain materials or not shipping on time. This became an irritating and often embarrassing frustration for the consultants.

When these problems occurred, the seminar division would file a complaint with me, as the distribution centre was one of my responsibilities. When I spoke with these two employees about errors and system improvements, they never wanted to accept responsibility for the errors. They would blame others, saying things like, “It’s not our fault. The seminar division filled out the Seminar Supplies Request form incorrectly, and we sent the shipment exactly according to their specifications. It’s their fault. You can’t blame us!” Or they might say, “We shipped it on time, but the freight company delivered it late. You can’t blame us!” Another excuse was, “The binder subsidiary packaged the individual seminar kits with errors, and we shipped the kits as they were given to us. It’s their fault.” It seemed these two employees were never responsible for the errors, and so the errors continued.

Then something critical happened. The director of training for a large multinational corporation attended one of our seminars and was so thrilled with it that she invited us to teach a pilot seminar to its fifty or so top executives. On the day of the seminar, our consultant arrived and opened the boxes of materials and discovered that the seminar guidebooks were missing. Without the seminar guidebooks, how would the participants follow along and take notes? Their training director was panic-stricken. Our consultant did the best he could by making sure each participant was given a pad of paper on which to take notes throughout the day, and the seminar turned out reasonably well, even without the guidebooks.

Extremely embarrassed and angry, their training director called our seminar division and said, “You will never teach here again! How could you have made such an embarrassing and inexcusable error with our pilot seminar?”

An upset senior vice president of our seminar division called me and said, “This is the last straw. We are about to lose a million-dollar account because of the distribution centre’s errors. We simply can’t tolerate any more errors!”

As one of the owners of the company, I couldn’t tolerate such errors either. At the same time, I did not want to see these two breadwinners fired. After pondering possible solutions, I decided to implement an incentive system to motivate these two men to be more careful. For each seminar shipped correctly, they would receive one additional dollar, or a possibility of an extra $250 each month—hopefully enough to focus their attention on quality. However, if they made one error, a one-dollar penalty wasn’t much of a loss. I therefore decided to also include two $100 bonuses for no errors. With the first error they not only lost one dollar but also the first $100 bonus. If they made a second error, they lost the second $100 bonus. 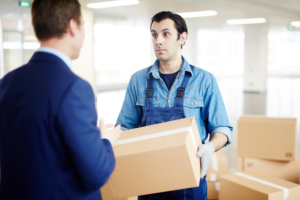 I also told these employees, “If there is an error, you will lose your bonus, regardless of where that error originates. You are 100 percent responsible for that shipment.”

“Well, that’s not fair,” they responded. “What happens if the seminar division fills out the Seminar Supplies Request form incorrectly and, not knowing, we send the shipment with ‘their’ errors?”

I said, “You will lose your bonus. You are 100 percent responsible for that shipment’s success.”

“That’s not fair! What happens if we send the shipment on time but the freight company delivers it late?”

“You will lose your bonus. You are 100 percent responsible.”

“That’s not fair! What happens if the binder division commits errors in prepackaging the individual seminar kits? You can’t blame us for their mistakes!”

“You will lose your bonus,” I once again responded. “You are 100 percent responsible for that shipment’s success. Do you understand?”

“Well, it may not seem fair, but that’s life. You will lose your bonus.”

What I did was eliminate the anti-­responsibility list as an option for them. They now understood that they could no longer blame others, make excuses, or justify errors—even when they were right and it was someone else’s fault!

What happened next was fascinating to observe. When they would receive an order from the seminar division, they would call the seminar division to review the form item by item. They took responsibility for correcting any errors committed by the seminar division. They began to read the freight company’s documents to make sure the correct delivery date was entered. They began to mark the cardboard shipping boxes “one of seven,” “two of seven,” etc., with each box’s contents written on the outside of the box. They began sending shipments three or four days ­earlier than they had in their previous routine. A few days before the seminar they would call the client company to verify receipt of the shipment and the contents. If they had somehow omitted any materials, they had three or four extra days now to send missing items by express shipment. Errors finally stopped happening, and the employees began to earn their bonuses month after month. It was a life-changing experience for them to learn firsthand the power, control, and reward of being 100 percent responsible.

What these two employees learned is that when they blamed someone else, they were surrendering control of the shipment’s success to ­others—such as the seminar division or the freight company. They learned that excuses keep you from taking control of your life. They learned that it is self-defeating to blame others, make excuses, or justify mistakes—even when you are right! The moment you do any of these self-defeating things, you lose control over the positive outcomes you are seeking in life.”

There are so many lessons to be learned from this simple story.  Why not start by applying a few of them today.