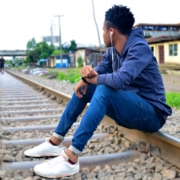 Living in Dunfermline, I have frequently travelled over the Forth Railway Bridge into Edinburgh and beyond on 100’s if not 1000’s of journeys over the last 50  years.  My dad started working as a fireman on the steam locomotives towards the end of World War II and spent virtually all of his working life driving diesel engines.  He had many stories to tell about the bridge, including the golden rivet and many a crossing during a stormy night (those are for another time!)

Recently, after delivering a series of coaching workshops in London, I returned north, departing Kings Cross Station, and got to thinking about a story I’d heard a number of years ago, by Gordon B. Hinckley….

“The course of our lives is not determined by great, awesome decisions. Our direction is set by the little day-to-day choices which chart the track on which we run.

Many years ago I worked in the head office of one of our railroads. One day I received a telephone call from my counterpart in Newark, New Jersey, who said that a passenger train had arrived without its baggage car. The patrons were angry. 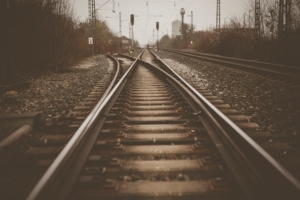 We discovered that the train had been properly made up in Oakland, California, and properly delivered to St. Louis, from which station it was to be carried to its destination on the east coast. But in the St. Louis yards, a thoughtless switchman had moved a piece of steel just three inches.

That piece of steel was a switch point, and the car that should have been in Newark, New Jersey, was in New Orleans, Louisiana, thirteen hundred miles away.”

My question to everyone reading this article today is simply this…..

Have you thrown a tiny switch in your home, family, career or business life that has placed you on the wrong track?

Some years later Gordon B. Hinckley also stated that  “Life is like an old-time rail journey—delays, side-tracks, smoke, dust, cinders and jolts, interspersed only occasionally by beautiful vistas and thrilling bursts of speed.”

I believe it is never too late to get back on the right track and enjoy those beautiful vistas and thrilling bursts of speed that we are all entitled to, in each of our individual life’s.  We simply need to recognise very quickly when we are on the wrong track and never be misled by the sunk cost fallacy.

I recently found a beautiful quote that captures my thinking for today, by Jim Rohn…

“I find it fascinating that most people plan their vacations with better care than they plan their lives. Perhaps that is because escape is easier than change.”

My invitation to everyone is to slow down a little, by considering what matters most and change if necessary.  If you are on the wrong track, you can get back on the right track anytime, by simply throwing a little switch…..! 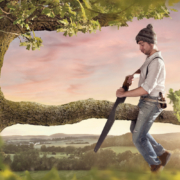 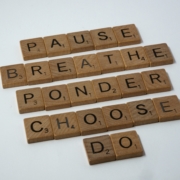 How do you decide?
Therefore, what?