In difficult times, I frequently find little gems of insight by revisiting defining moments in my life. Fortunately, I have recorded lots of those occasions in my journals. This weekend was a challenging one and I turned to my journals reading excerpts from 1982 and 1983. A powerful lesson emerged that I’d like to share. 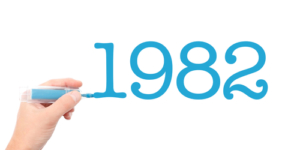 My journal entries reveal a lot about what was happening in 1982. The Falklands War. Margaret Thatcher held a huge majority. Italy won the World Cup. ET, Gandhi and Chariots of Fire were all in the cinema.

Friday 14th May 1982 was my last day at school and 5 days later I turned 17. I had no immediate plans and found some casual work through family and friends. (It was a number of years before I made it to University.) My entries reveal that it was a time of testing and trial. Mum & Dad gave me regular encouragement, in time becoming my cheerleaders.  Summer quickly passed into autumn and a regular pattern emerged in my journal.

It was abundantly clear that I had loftier aspirations, and my journal indicates that I expended daily 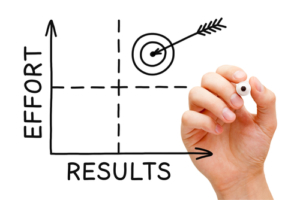 effort to find alternative employment. In fact, there are entries aplenty of a journey of exploration into lots of different possibilities, where I focused on writing letters, making applications and securing numerous interviews. It was evident that I was determined to make progress. On reflection, all these years later, I recognised that establishing habits and routines made me strong enough to endure the constant disappointments of the almost daily rejections I received through the post. Quite incredible really, for a young 17 year old. Sticking to a task, with gritty determination to succeed, appeared to be my mindset of the time.

And it came to pass…

One entry stated in early October stated that I had 47 live applications in due process! 47!! Eventually, success arrived. After six months of trying, on 23 December 1982, my efforts were rewarded with a job offer from Standard Life Assurance (as they were then). A few weeks later I walked to Dunfermline Station, starting in Edinburgh on 10th January 1983 and I caught the train into Waverley Station. I worked with Standard Life, for around 12 months before embarking upon another great adventure in London.

My life has taken many twists and turns in the ensuing years, travelling near and far in the leadership development world. Remarkably, after 37 years, in some serendipitous twist of fate, I have come full circle. Over the last 18 months, (as an associate with https://www.ontrackinternational.com) I have had the marvellous opportunity to work with Standard Life Aberdeen (as they are now) once again. I have been lucky to facilitate a whole range of learning and development programmes and absolutely loved it. Now, these same sessions continue virtually! When working in Edinburgh, once more I walk to the same station and catch the train into Waverley, feeling a sense of deja vu! At peak travel times, sadly some of the rolling stock still looks very similar from years gone by. Fortunately, I do earn more in a day now, than I earned in a whole month in 1983!

In the midst of times of trials, we can choose how we wish to respond. There are two kinds of knowledge – cognitive (what we learn and know in the mind) and experiential (what we learn by doing). Upon reflection, I’ve recognised some key knowledge principles that got me through the challenges of 1982 and throughout my career too, yet they seem even more valid for the struggles of 2020. It is a simple formula for success, let me share it with you….

Encouragement: The action of giving someone support, confidence, or hope

+ Effort: Use of energy to do something; physical or mental exertion; a try and attempt

+ Exploration: To search out, to look into closely, investigate, to examine

+ Endurance: Ability to last, continue or remain, to hold out

= Rewards: Something given in return for effort, service or achievement 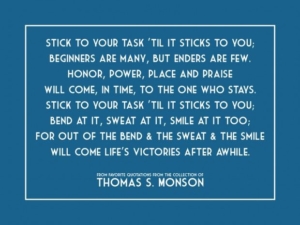 I recognise that these 4 E’s have been constants in my life. Indeed, they have been key principles that have enabled me to get through the toughest of challenges and most difficult of times. I’ve learned never to give up.

As you reflect upon your own challenges of today, please consider who encourages you, what efforts you need to apply in your own life, what do you need to explore and how can you endure it well? Although the road made appear to be filled with many obstacles at times, I know that following this simple pattern, always leads to success.

As a coach, facilitator, mentor and trainer, I regularly use this formula to help others find their way.